We are pleased to announce the release of Libcloud 0.15.1!

This release includes some bug-fixes and improvements.

The release can can be downloaded from https://libcloud.apache.org/downloads.html or installed using pip:

If you have installed Libcloud using pip you can also use it to upgrade it:

A page which describes backward incompatible or semi-incompatible changes and how to preserve the old behavior when this is possible can be found at https://libcloud.readthedocs.org/en/latest/upgrade_notes.html#libcloud-0-15-1

Regular and API documentation is available at https://libcloud.readthedocs.org/en/v0.15.1/

If you find any bug or issue, please report it on our issue tracker https://issues.apache.org/jira/browse/LIBCLOUD. Don't forget to attach an example and / or test which reproduces your problem.

On July 23nd of this year it will be exactly 5 years from the initial project announcement on the Cloudkick blog.

We are going to celebrate this great milestone with a cake and drinks and we would like to invite you to join us. The celebration will take place in a nice bar during the EuroPython week in Berlin, Germany. 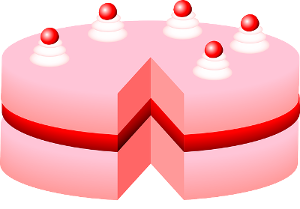 The cake is not a lie!

Celebration will be attended by Libcloud developers so this is also a great opportunity for you to meet and hang with us in real-life and ask any questions you might have about the project. 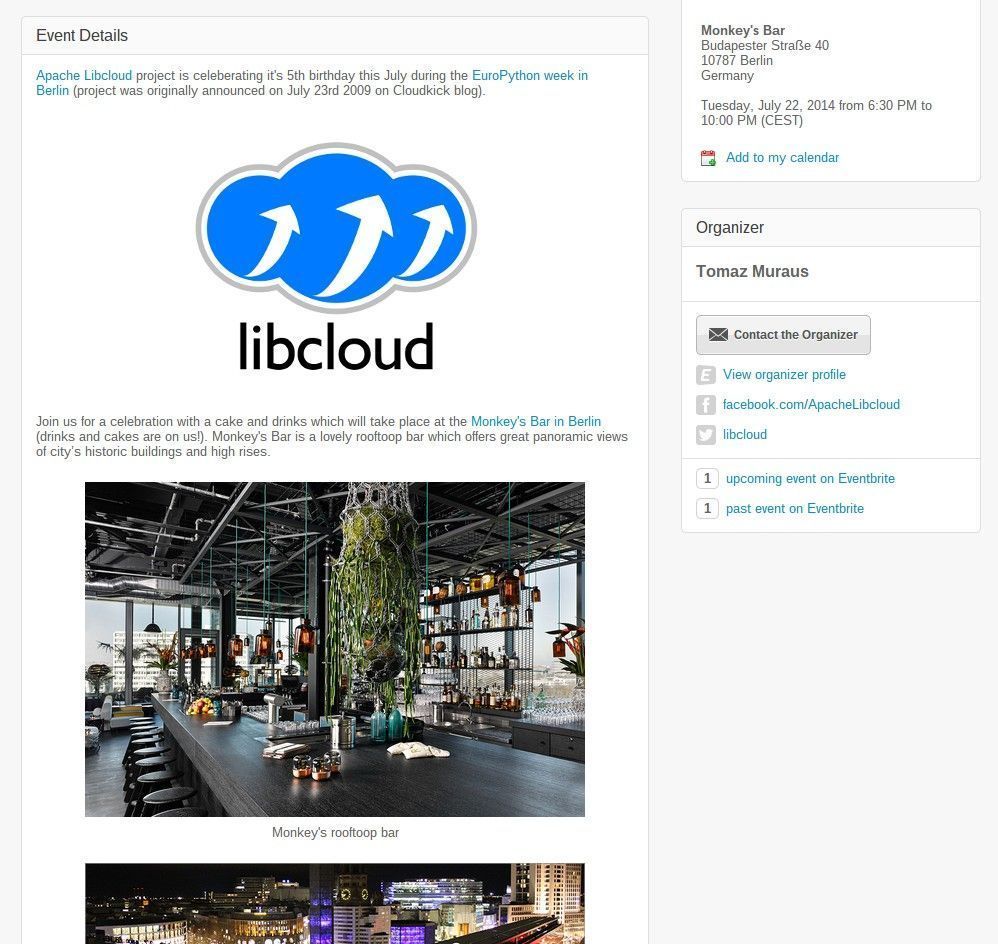 For more information, exact location and RSVP, please refer to the Eventbrite page. Keep in mind that RSVP is mandatory if you want to attend the celebration.