From the Console (https://cloud.google.com/console), select your project. When your project is open, select “APIs & auth” and then “Credentials” as shown below: 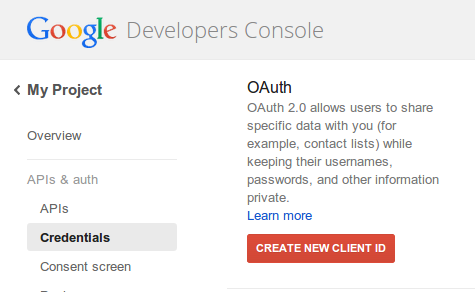 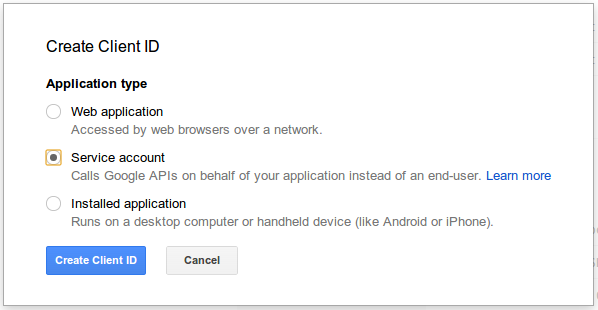 To connect to Compute Engine from Libclould, you will need to provide both the “Email address” for the service account and the path to the key file.

In this case a new node will be created using the “n1-standard-1” machine type and will use the latest “debian-7” image that is available.

We have added an extra method to the Compute Engine driver to help in the creation of multiple instances/nodes in parallel. This is the “ex_create_multiple_nodes()” method, and it can be used like this: